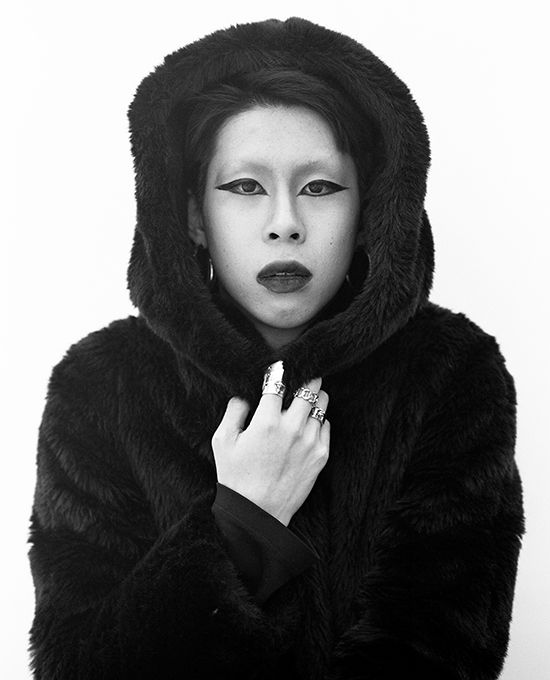 For PhotoNOLA 2016, the Cita Dennis Hubbell Library hosts a solo exhibition by Hiroki Nakashima. His series, Tokyo Attribute, features portraits of strangers discovered on the streets, documenting the fashion, behavior, and zeitgeist of Tokyo’s youth.

Statement
Tokyo Attribute is a series of portraits of strangers in young generation whom I encounter on Omotesandō Avenue in Tokyo`s Shibuya district.

Despite the extensive damage suffered in countless air raids during World War II, the avenue has evolved into the center of youth cultures and fashion trends in Tokyo after experiencing an economic boom made possible by several factors such as the Tokyo Olympics in 1964.

My adolescence was unstable and missing vitality because of lingering illness and death of my mother. The motivation of this project is to rediscover what I lost in my uncertain time by looking into modern society and humanity. I adopt a minimal photographic approach, which is inspired by “In the American West” of Richard Avedon, photographer who chronicled the West parts of America in his subjective eyes.

In this project, I attempt to distill the interaction among fashion, behavior, and zeitgeist that are evoked by the contradiction between fragility and strength in particular youth possesses.

The street photography can convey parts of these essences.

Although Japanese women traditionally attend Coming of Age ceremonies wearing a furisode, a type of kimono, there was once an unconventional style woman who attended the ceremony wearing a pompadour haircut, a vintage dress and her brother’s leather jacket.

A 19 years-old boy wearing a hooded black fur coat came out as gay without any hesitation when we first met. He is free from the stereotype of man or woman by expressing himself with his own fashion.

Every encounter on the avenue reclaims my lost time as well as suggesting a new mindset of society.