Inventing Reality is an anthology highlighting the work of twenty-seven contemporary New Orleans photographers. The collection, curated by D. Eric Bookhardt, presents a vision that is both subjective and representative of a broad spectrum of techniques, providing an overview into the creative renaissance that is taking place in the city today. “In photography, this city and the surrounding region have long been a spawning grounds for visionary or magic realist imagery dating to Clarence John Laughlin’s surrealist works of the 1930s,” writes Bookhardt. “Today a coterie of younger emerging artists, often reflecting alternative socio-cultural milieus, have in concert with their more established peers expanded this visionary vocabulary.”

Bookhardt’s insightful essay details the rich history of photographic arts in New Orleans, and his individual introductions to each photographer’s series provide context for the works of 2013 Guggenheim Fellow Deborah Luster, David Halliday, Josephine Sacabo, and Louviere+Vanessa, among other established and emerging artists. The array of photographic practices used by the artists ranges from wet-plate collodions, orotones, photogravures, x-rays, and silver gelatins, to modern digital processes. The resulting anthology is a lyrical insight into personal visions, dazzling in their variety of approaches. As Russell Lord notes in the book’s foreword: “It is a story about identity, tension, perception and the psychic mystery of photography in New Orleans.” 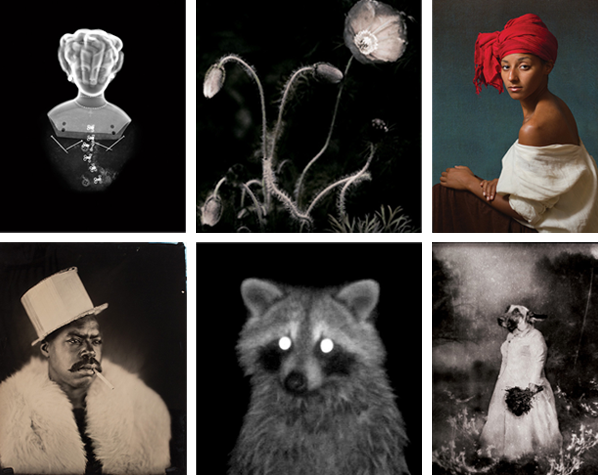