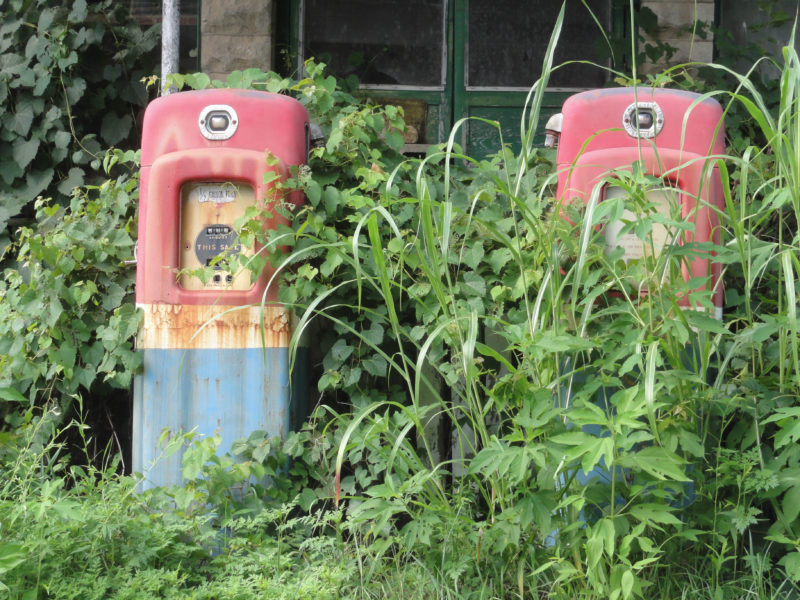 After the Peak is a fantasy about post-oil America. Every schoolchild knows that fossil fuels are not renewable resources. Someday, we will run out. The question is when. Some say we’ve already passed the peak of production, while others say we haven’t reached it yet. Currently our species seems hellbent on extracting all the petrochemical deposits from the Earth’s crust as quickly as possible. That only hastens our approach to depletion. As I photographed abandoned gas stations and automobile dealerships, I imagined a future when all such sites are neglected and left to fall into ruin.

Bart Everson is a writer, a photographer, a baker of bread, a husband and a father. His formative years were spent in Indiana and northern Sweden, and he has lived in New Orleans since 1999. An award-winning videographer, he is co-creator of ROX, the first TV show on the internet. As a media artist/activist, his work aims to promote ecological wisdom, social justice, grassroots democracy, and peace, through a program of revolutionary thought and action. He is a founding member of the Green Party of Louisiana, past president of Friends of Lafitte Corridor, a columnist for Mid-City Messenger and Humanistic Paganism, and a participant in New Orleans Lamplight Circle. More at BartEverson.com