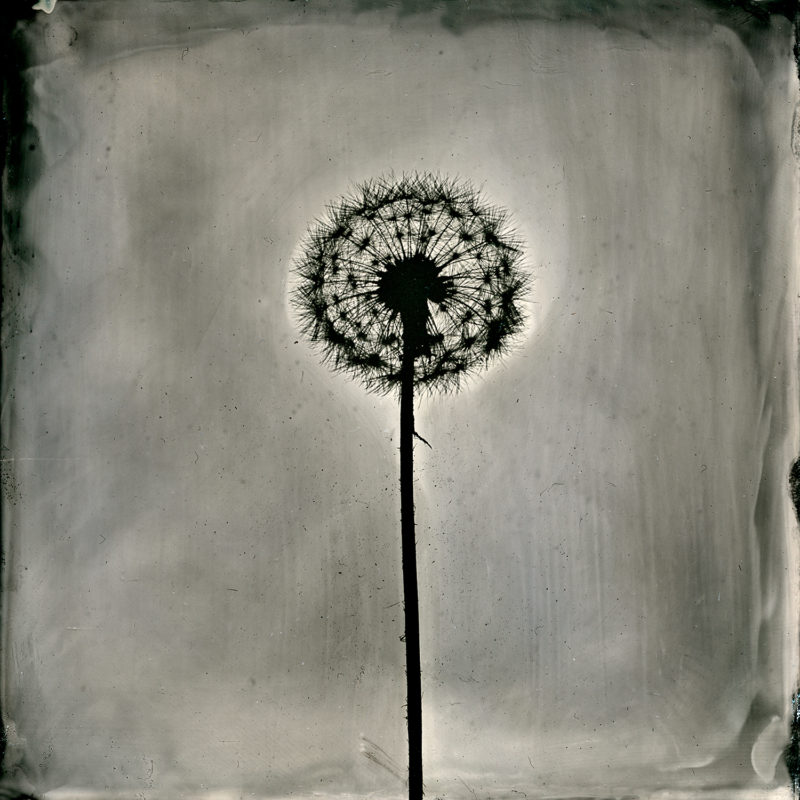 S. Gayle Stevens is a wet plate collodion artist inspired by natural history, science and alchemy. Blow is from her series of wet plate tintypes, Calligraphy, featuring plant and animal specimens collected by the artist on her walks. Stevens explains, “The silhouettes of the photogenic drawings are rendered as black shadows and echo the brushstrokes in Chinese calligraphy, sparse yet expressive. …These images are my memento mori; an acknowledgement of lives passed, a rendering of fleeting shadows.”

“Happy accidents on the plates, the mystery sense of chance; I like the flaws. Sometimes I think the flaws make the plate. It is like the spirits are coming out and speaking through you.”
– S. Gayle Stevens, 2010

The limited edition of 100 (plus five artist proofs) is an archival pigment print, featuring a 7×7” image on 12×10” hot press, cotton rag paper. Each print is signed and numbered by the artist. Blow is sold out in its original tintype series and is being reprinted in this exclusive edition for PhotoNOLA. 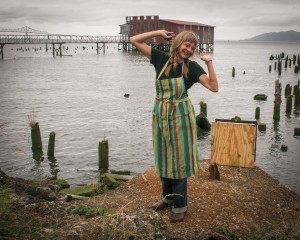