PhotoNOLA is proud to present Spiral Staircase, Charbonnet House, 2006 by Richard Sexton, as our fifth annual Collectors Club print. Richard Sexton is a fine art and media photographer who is producing his fourteenth photography book. Spiral Staircase, Charbonnet House is from his series and book, Creole World, published in 2014. 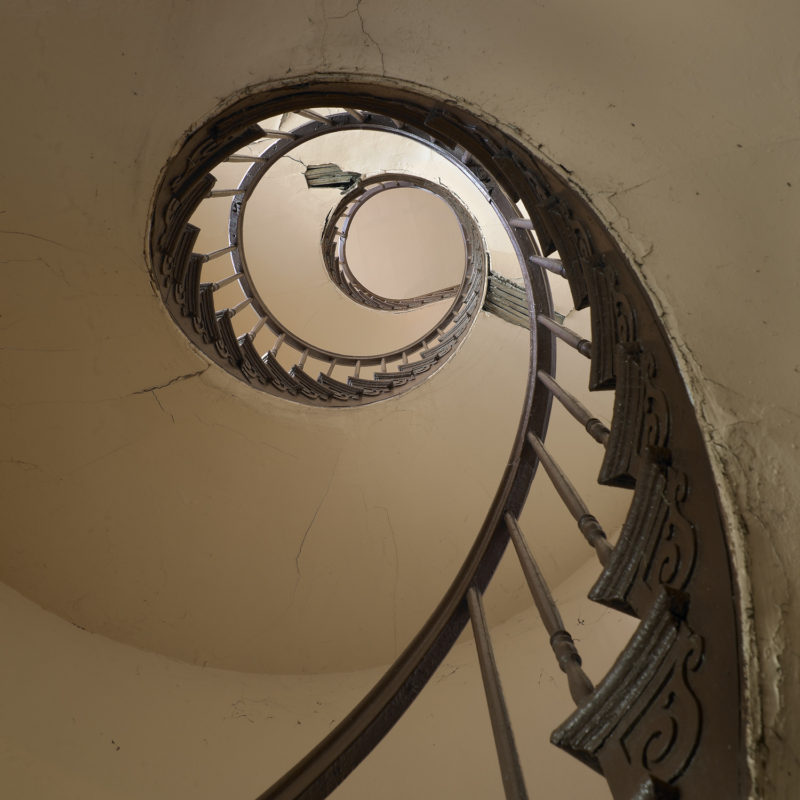 Stairways have always intrigued me, not just for their design, but for what they symbolize. The stair is a passageway into the building, inviting you into the unseen corridors and chambers above. It is the building’s spine and is frequently it’s most graceful element. Pure architectural form, inherently beautiful even without the embellishment of furnishings or artwork. – Richard Sexton

The limited edition of 100 (plus five artist proofs) is an archival pigment print, featuring a 8×8” image on 12×10” Epson Hot Press Natural paper. Each print is printed, signed and numbered by the artist. Spiral Staircase, Charbonnet House, 2006 is almost sold out in its regular size series and is being reprinted in this exclusive edition for PhotoNOLA.

Richard Sexton is a fine art and media photographer whose work has been published and exhibited worldwide. His images have been published in magazines such as Abitare, Archetype, Harper’s,  Photographer’s Forum, and View Camera. His most recent book, Creole World (The Historic New Orleans Collection, 2014) is the thirteenth book he has authored, co-authored, or photographed, and is now in its second printing. Previous titles include New Roads and Old Rivers: Louisiana’s Historic Pointe Coupee Parish (LSU Press, 2012) and a monograph, Terra Incognita: Photographs of America’s Third Coast, (Chronicle Books, 2007). Chronicle Books also published the best selling New Orleans: Elegance and Decadence (1993) and Vestiges of Grandeur: The Plantations of Louisiana’s River Road (1999).

Sexton is represented by A Gallery for Fine Photography in New Orleans, Samantha Richter in Nashville, Tenn., whitespace gallery in Atlanta, Ga., and Jennifer Hunt in Birmingham, Ala.

Image: Richard Sexton at work in his studio – by Kevin Zansler